"None Are More Hopelessly Enslaved
Than Those Who Falsely Believe They Are Free!" 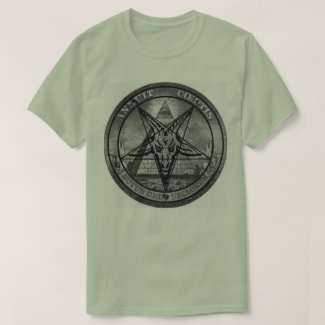 All Seeing Eye of the Illuminati Poster by NOLAveltyTees
Check out Prints & Posters online at Zazzle.com

Ever wonder who we owe the national debt to....

Lincoln the great emancipator???
"I have no purpose, directly or indirectly, to interfere with the institution of slavery in the states where it now exists."

This book spans topics like the Illuminati, The Federal Reserve, Common Law, The War of Independence?, Founding Fathers, Welfare, Social Security?, WWII. You won't be able to keep yourself from questioning and fearing. We're in big trouble. The plan Amschel laid out consisted of several steps, including:

Bottle Opener Easy All sexy Eye of the Illuminati
by zazzle_templates All Seeing Eye of the Illuminati Poster by NOLAveltyTees
Check out Prints & Posters online at Zazzle.com